This is NOT the book cover. Made with Phoster and Percolator Apps.

Opening lines: Bird, gazing down at the map of Africa that reposed in the showcase with the haughty elegance of a wild deer, stifled a short sigh.

Our protagonist, Bird, is a fellow who is hard to like or even empathize with. None of his actions elicited any sympathy from me. I wanted to ‘seep’ into the book and shake some sense into him. Then again, who am I to judge him? Have I actually experienced what he is going through?

A Personal Matter is Kenzaburō Ōe’s semi-autobiographical masterpiece, hailed as the winner of the 1994 Nobel Prize for Literature. It is a story of a disintegrating marriage, made worse (at least for Bird) when his wife gave birth to a brain-damaged child. His child was said to have a brain hernia. Bird refuses to face this problem, choosing instead to ‘escape’ to an old girlfriend and plunges into drinking binges. We also see Bird’s attempt to ‘kill’ his child with a help of a doctor. All these events came crushing into Bird’s life, eliminating his chance to go to Africa, getting himself fired in the cram school where he teaches and living a life of denial and escape.

The character Bird struggles to come to terms with reality, making him deal with issues that are far bigger than him. Even with his deep sense of denial, Bird tries to confront his actions and emotions constantly throughout the book– his shock upon knowing his child’s condition, his shame and desperation, his manner of dealing with the problem. Despite not completely understanding Bird’s actions, the story gripped me and enticed me to read until the end because I wanted to know how it will turn out for everyone, especially Bird’s child. Although I struggled with the point of wanting to see Bird’s world without judgment, I found this somewhat essential. Sometimes it’s always easy to judge another person’s actions without completely understanding their situations, but I found out later that being human also make you realize that people have different stories and circumstances. In the end, I asked myself how I would feel if I were in Bird’s situation. Will I be so lost so as to plunge myself into my own world of denial? Will I try to escape like Bird did?

Reading “A Personal Matter” during my break time. Photo taken in September 17, 2013.

This is the first book I read written by Kenzaburō Ōe. It was grim, grotesque and dark. Kenzaburō Ōe did not mince his words when he wrote this and maximized the ability of words to present a strong message to the readers. Intense and brutally honest from the beginning, Mr. Ōe surely had the capacities to evoke some negative emotions within me. The story in itself is a struggle in choosing between right and wrong. It makes us face the realities of life, and we all know reality is never always good. I find A Personal Matter an honest representation of society today even if it was written years ago. It portrays alienation, difficulties in decision making, the struggles of parenting and the different ways people deal with problems. I tried to find some sense of goodness or hope within Bird to help me want to finish the book. I have to admit that it was difficult to swallow most of his thoughts, but as I said, it was essential for me to see Bird in a different light. The end of the story does deliver this short, redemptive phase for Bird, which I found rather ‘rushed’. After all, I’ve been privy to his ‘disturbing’ thoughts throughout the book wouldn’t it be fair if I had a glimpse of what led him to his decision at the end?

Kenzaburō Ōe, no doubt, pushes the limits of literature. His words, coupled with a variety of metaphors, were never trivial or superficial, albeit somewhat confusing at times with a mind like mine. I found out that there is something much deeper and profound in his writings. With that in mind, I have mixed feelings about recommending this to anyone. Not everyone will appreciate Mr. Ōe’s writing, I guess. Some may also detest the difficult issues and explicit sexual acts presented in the book. Some readers may feel resentment and loathing for the main character, making it difficult to finish the book.

Despite the difficult issues tackled and a protagonist that doesn’t necessarily appeal to many, A Personal Matter is an eye-opening read that acknowledges humanity in its most courageous and honest form. 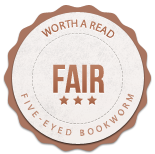 4 thoughts on “A Personal Matter by Kenzaburō Ōe”