This is NOT the book cover. Made with Percolator and Phoster Apps.

Much of our decisions mold our lives into certain shapes. Some are forged with strength and without traces of doubt; while some can be ugly- figures so deformed they evoke the usual dread and regret brought about by badly-made decisions. But imagine a world that doesn’t dwell on individual choices, where everything is programmed to perfection, where everything is under control, where every need is provided for, and where anguish, fear, war and hunger are not known.

Jonas is a resident of such a world. He lives in a community where roles are designated by elders based on an individual’s skills. This is a community who thrives without feelings, love and individuality. The world where Jonas lives in is robotic, fabricated and colorless. Everything is the same. Everything is so boring. Stuffed animals are objects of comfort. A front-buttoned jacket symbolizes the first signs of

independence. Pills that suppress emotional desire, also called as “stirrings”, exemplify the need to subdue feelings. The demands imposed for precision of language and implicit acceptance of rules are not met with objections. It is as simple and as ‘perfect’ as that. There are no colors, no real memories and no love. The residents living in Jonas’ community have their lives created for them, without any meaning and purpose. Their existence is simply a mere fact and a lie.

One thing that’s really interesting in the book is the community’s concept of love. According to Jonas’ mother, the word love has no meaning. This was explained to him when Jonas asked his parents if they loved him. Of course, in the world we live in, when someone asks you if you love them, that would either be a yes or no. In Jonas’ world however, love is insignificant. It made me feel uneasy because while the concept of love in modern society is usually confined to relationships we have, we also know of an adage that tells us that love makes the world go round. I don’t care how cliché that might sound, but it’s true isn’t it? So what’s keeping Jonas’ family and community together then?

Every year, a ceremony is held for each age group. At twelve years old, children are assigned a specific role. Jonas’ was chosen as the next Giver. It is an honorable role in the community, until Jonas himself experiences what this task demands from him. Only the Giver in the community is allowed to have real emotions, whether they are good or bad. He is the keeper of memories. As Jonas begins his training, he is perplexed by the multitude of emotions passed to him by The Giver. Horrific wars, unbearable pain and hunger, and sorrowful deaths threaten to consume Jonas’ mind. Yet the memories passed to him about belonging, uniqueness and love comfort him immensely. When The Giver gave him memories, Jonas was able to perceive new words and feel emotions. He also starts to question the basis of his community. Why have they accepted “Sameness” and relinquished all these memories? Why are the people in the community not allowed to feel or decide? Jonas begins to realize then that while the community presents a perfect façade, it is also plagued by the cloaks of denial and suppressed emotions.

While most of his friends are free to discuss their training with anyone, Jonas wasn’t permitted to do so. Suddenly, there was a part of life he can no longer share with his family. This makes him lonely, frustrated and detached from his family and friends. Imagine not being able to share the grandeur and hues of a beautiful sunset, or the refreshingly vivid colors of flowers. Now that he knows the variety of emotions everyone in his community is ignorant about, he starts to understand its significance. The memories and feelings passed on to him are not merely facts for Jonas now but more of an acceptance of the real world. He now knows that whatever his community is allowed to ‘feel’ is shallow compared to what he is now capable of feeling. This renewed sense of living a real life compels Jonas to make a difficult decision towards the end of the book. While feelings of hope invade him- that somewhere there is a place where people can live with decisions, feelings and memories without prohibition, Jonas is now forced for the first time to make a decision. This decision, like any other, has untold consequences, gripping Jonas with fear and apprehension.

A lot of people have questioned the book’s ending (or lack thereof). I didn’t find this a large issue. I definitely saw it as the reader’s freedom to interpret what happened to Jonas in the end. With that in mind, I want to think that Jonas had a happy ending. Surely the wisdom passed on to him will be of use to many, including him. I would like to think that Jonas defeated the world he lived in by making that decision in the end. If you’re interested how others interpreted the end, you can find a link to Lois Lowry’s Acceptance Speech during the Newberry Awards Ceremony in the “Five Things” section below.

This book is among the most frequently challenged books of our time. While I do understand parent’s concerns about the issues presented in this book (as with other banned books), simply ignoring these issues are just as bad. I believe that information and guidance is key whenever difficult issues are presented to children, be it from books or movies or television shows. Information, so as to allow the presentation of facts and concerns. Guidance, so as to allow a parent to discuss it with their child and guide them through the discovery of those facts. It’s ironic that a book that tries to defeat a world where freedom of choice is absent, can be banned because of the opinions of others.

The Giver is a compelling read. I enjoyed reading it very much. The new life of Jonas, now filled with memories of the past and the enormity of the feelings humans are capable of, is moving and refreshing. The comforting memories of simple events such as birthdays and even grandparents evoke a sense of nostalgia and deeper appreciation of these experiences. The book forces you to dig deep within your thoughts and most importantly, it teaches us the value of freedom and individuality. 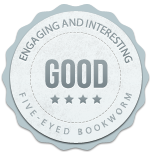 1. In Lois Lowry’s Acceptance Speech for the 1994 Newberry Award, she shared some reader’s interpretation of the ending of the book. You can read it here.

2. As mentioned, The Giver is among the most frequently challenged books. To read some of the reasons why this is so, read it here.

3. The movie adaptation of this book is scheduled to be released this year in the United States. Jonas’ character is played by Brenton Thwaites.

5. Lois Lowry enjoys taking pictures. She mentioned in her blog that she used to work as a photographer. You can see her pictures here.

The Humans by Matt Haig
Kitchen by Banana Yoshimoto
11/22/63: A Novel by Stephen King
A Tale For The Time Being by Ruth Ozeki
The Book Thief by Markus Zusak
———-
I read this book for the following challenges:

12 thoughts on “The Giver by Lois Lowry”